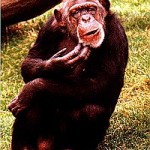 The benefits of CoQ10 supplementation are numerous and have been extensively covered in previous posts such as Statins and CoQ10. This supplement superstar was introduced to the market in 1983 by the Life Extension Foundation.

Since then, many other providers have appeared on the market along with various formulations. The consumer may be overwhelmed when confronted with these choices. This post will provide direction towards selecting the right formulation for your needs.

Why Are There So Many Different Formulations of CoQ10?

The major concern with CoQ10 supplementation is its low solubility in water. This makes for problems of absorption in the digestive system. Biliary and pancreatic secretions are necessary for CoQ10 absorption in the intestinal tract. These secretions occur upon eating a meal and therefore the timing of meals and CoQ10 ingestion is essential for its proper absorption in the body.

The initial solution to overcoming this absorption problem was to mix the CoQ10 powder in soybean oil or some other vegetable oil by the manufacturer. This made it slightly more absorbable. Since then, the ever evolving formulations mainly focus on increasing absorption in the intestinal tract by increasing water solubility. These formulations have been patented with the best known called “Q-Gel”.

Then along came Ubiquinol – an even more water soluble form of CoQ10.

What is the Difference Between Ubiquinone vs Ubiquinol?

The most glaring difference is one ends in “one” and the other ends in “ol“. The “one” form is what has been on the market as the only form of CoQ10 until recently. The “ol” form is a more recent addition and is more water soluble than its “one” brother.

The other factor that makes Ubiquinol superior to Ubiquinone is that it is the active form of CoQ10. This means that Ubiquinone needs to be converted to Ubiquinol in the body first before it can do its good work. It is also important to note that conversion of the “one” form to the “ol” form becomes less efficient with age.

How Do I Know If I’m Getting Ubiquinol and not Ubiquinone?

Since Ubiquinol is more expensive to make than Ubiquinone and since it is a superior product, the manufacturer is going make a point to clearly mark bottles as “Ubiquinol” and not just CoQ10. The price tag will also reflect this as it will be more expensive than just plain old CoQ10.

Like its brother, Ubiquinol is packaged in various forms to further increase its absorption. Ubiquinol can be found in a highly absorbable “Bio-Solv” formulation.  Unfortunately, some manufacturers are trying to obscure things with similar sounding names. As an example, Costco offers a product they call “Qunol Ultra CoQ10” which is just regular Ubiquinone with vitamin E

Which is the Best Form of CoQ10?

One can expect the best results with the Ubiquinol form packaged as a “Bio-Solv” formulation. However expect to pay 5 to 6 times more over bottles just labeled CoQ10 for the same dosage and amount.

Just remember that no matter how much of the cheapest regular formulation of CoQ10 you take, if its not absorbed and converted to the active form then the net result is equivalent to taking absolutely nothing at all!