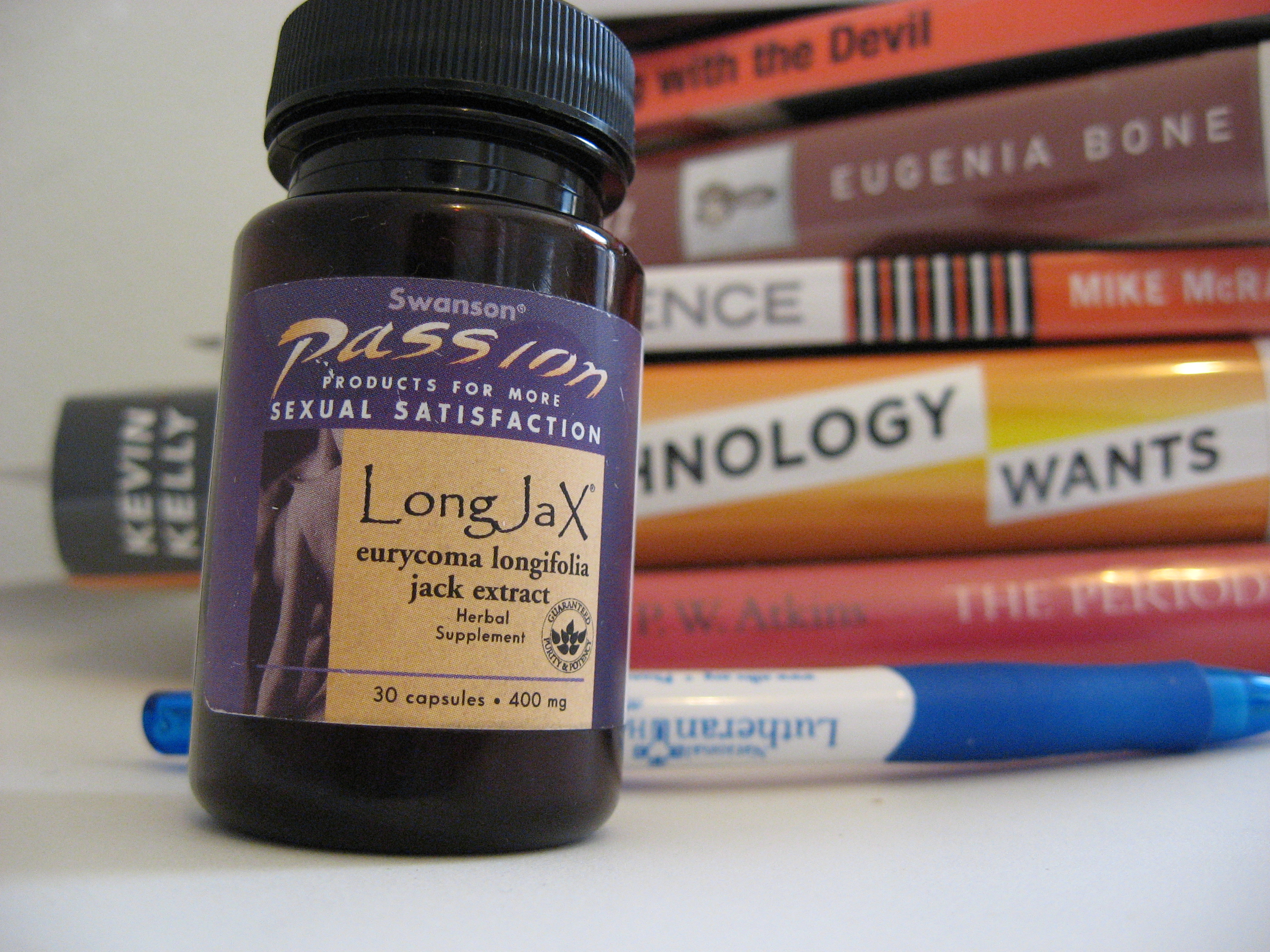 This post on Tongkat Ali (TA) is presented in the furtherance of man’s never ending quest of finding a natural, legal, safe and efficacious supplement that boosts testosterone levels. Research into this small evergreen from Southeast Asia took this blogger on a wild journey of Malaysian government supported promotion and co-patents with MIT, pyramid schemes, a potpourri of potential testosterone (T) influencing compounds including “eurypeptides” and the invention of an electronic tongue, to name a few. So buckle up, and if you decide to take this supplement, suggestions are given towards sources, dosing and cautions. As an added bonus, a quick and dirty method of testing extracts for authenticity is revealed.

What is the Research Behind Tongkat Ali (TA)?

Most likely the impetus for studying the effect of TA on testosterone comes from Malaysian folklore. The plant has been used for centuries as a general aphrodisiac. The folks must know “something’s up.” After all, one of the folk names for this plant is Long Jack.

Well, like many of the compounds discussed on this blog, the positive research results come from animal studies from third world countries, individuals and/or entities with a vested interest and results published in marginal scientific journals. Did I mention whooping doses are de rigueur in these studies.

The studies out of Malaysia generally show increases in testosterone in rats or mice fed extracts. In some studies the animals were castrated to create a low testosterone situation and in others isolated testes showed increases in testosterone and sperm production when supplied with extract. There was an Italian study that appeared to be on more reputable grounding with no apparent vested interests showing increased mounting in rats given the extract. This in turn prompted them to a look at T levels. T levels indeed increased (J Enthnopharmacol. 2009 Nov 12;126(2):308-13).

Human studies have been conducted. A Malaysian study claiming to look at 76 late-onset hypogonadism males, a fancy term for low testosterone levels in the aging male, resulted in 35.5% of the group having normal testosterone levels prior to treatment to 90.8% of the group having normal testosterone levels, postreatment (Andrologia, vol. 44, supplement 1, pp. 226–230, 2012). This study was conducted by Dr. Mohd Tambi who has a vested interest in the patented product, which is a water soluble standardized extract. A fluff piece on Dr. Tambi touts him as Malaysia’s only clinical andrologist and comes across as a cross between a Malaysian Dr. Drew and Dr. Oz.

The other human study (Journal of the International Society of Sports Nutrition 2013, 10:28) was more modest in numbers of subjects but much richer in scandal. This study was conducted in the good ol’ USA. In fact it was conducted in Utah, a state with big ties to the supplement industry. Two of the authors are associated with a group called Supplement Watch, which claims to review, rate and recommend supplements. Another author on the paper is associated with a Malaysian supplement company. And finally, one author is associated with MonaVie, a Utah based company that sells and distributes blended fruit and vegetable concentrates which is accused of making false claims, running a pyramid scheme and having the cachet of being sued by Oprah. This author was also involved with another product (CortiSlim) in which the FDA fined him 1,000,000 dollars for making false claims.

Ok, the research results. It is hard to figure out at what facility the research was conducted since the address is a suburban house in Utah. However, the methods used could well have been conducted out of such a modest facility. A hot water TA extract or placebo was given to 63 subjects (32 men and 31 women). They measured testosterone and cortisol levels after 4 weeks and found a 36% increase in T-levels. The results didn’t distinguish between the men and women subjects. If this product increased testosterone levels in the women by 36% then there might be some Eastern Bloc Olympic women shot putters that should take note. Testosterone levels were measured via a saliva (spit) sample using an assay kit from Salimetrics which claims saliva is a good representative of free testosterone in the blood. But they warn while this holds true for men it isn’t so much for women. This throws this study into additional question.

What Compounds are Responsible for Tongkat Ali’s (TA) Alleged Effects on Testosterone (T)?

The plant contains a veritable soup of potential compounds that might influence testosterone levels. Bitter compounds called quassinoids is one good candidate. Their chemical structure is of a steroidal nature. There is also a compound that is similar to divanillyterahydrofuran found in stinging nettle root methanolic extract discussed in a previous post. Actions of TA compounds are thought to be by aromatase inhibition which prevents the conversion of testosterone to estrogen and by interacting with the glycoprotein that binds testosterone (SHGB) to free up testosterone. Other studies would suggest anti-estrogenic effects like tamoxifen in which the substance acts on the estrogen receptor.

One patented product claims to contain small bioactive peptides that are in part responsible for its actions. This is the first that I’ve heard of protein products from plants being standardized in a supplement. They use the made up term “eurypeptides” to describe these proteins of 30-40 amino acids. Well, these proteins will surely be broken down in the digestive system and fragmets of only two to three amino acids in length can be absorbed into the bloodstream. I guess it’s plausible that these can have biological actions. There is a supplement on the market that contains a dipeptide derived from milk that lowers blood pressure.

What Should I Look for in a Tongkat Ali (TA) Extract?

The plant is not cultivated and is becoming over harvested. Rarity and demand in a product inevitably leads to deception and adulteration. Products claiming to have TA in them have been banned by the FDA for containing illegal prescription drugs and in some cases designer analogs of Viagra. Malaysian government has also banned products claiming to be TA but rather contain Viagra. Add Canadians to the list. Even more frightening is high levels of mercury found in a significant number of Malaysian TA products.

I would definitely not buy any products produced in Southeast Asia and would stick with a reputable supplier like Swanson Health Products. There still are concerns even here, though. Where does Swanson’s get it’s raw TA plant material to produce the extract? Well in my mind they would have no choice but to get it from Malaysia. I’m also guessing the extract is produced there. You can only hope that they follow GMP guidelines and have it tested by an independent laboratory for heavy metal contamination and other chemical markers of authenticity.

Since the plants contains quassinoids which are some of the bitterest compounds on the planet, a genuine extract should at the very least be bitter to the taste. In fact, the Malaysian government got so fed up with adulterated product that they developed an electronic tongue to test TA products. This got me to thinking about my recently purchased bottle of Tongkat Ali extract from Swanson Health Products and its authenticity; because nothing will lower T levels faster than knowing you been swindled and taken for a sucker. So I grabbed a capsule, pulled it apart, dumped the powder, dipped a finger in it and placed it on my tongue. I’d have to say it was a 10 on the “retcher scale.” I suspect like all things the scammers, in time, will adulterate TA products with other bitter tasting compounds.

Ideally, the product should be an extract standardized to quassinoids. Presently, most all TA products merely exist as extracts in some ratio 20:1, 50:1, 100:1, and 200:1 with 200:1 the strongest. My Swanson’s product says it is a 400 mg of a 20:1 extract with no mention of standardization. I never understand, why in this case, there is no label information as to what solvent was used for the extraction, e.g., water, alcohol, methanol or alcohol/water. The quassinoids are not readily soluble in water, so ideally a methanolic extract would be the best. It should be noted that Talbott et al. (Journal of the International Society of Sports Nutrition 2013, 10:28) claims only a hot water extract should be used since an ethanolic extract with concentrated eurycomalactone showed a LD50 of 2.6 g/kg in mice (Planta Med 2002, 68(7):662-4).

Well that would be a whopping dose since only 50-200 mg is used in human supplementation. Never the less, remember we have evolved to shun bitter compounds for a reason.

How Should I Take Tongkat Ali?

That probably depends on the extract strength. I say in the range of 1 to 2 capsules per day. If taking two, then divide the dose so its is one in the morning and one at night. Some people suggest cycling the product like anabolic steroids. Something like 6 days on then 3 days off.

Remember, anything that increases testosterone could have negative consequences for those that suffer from prostate problems or male pattern baldness.