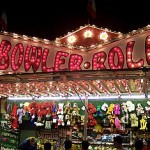 Many men from the elite athlete to the middle-age baby boomer are interested in natural and safe ways to boost muscle mass and increase testosterone levels. I set out to write a positive post on a ‘special’ form of zinc and magnesium referred to as ZMA. ZMA is promoted by its makers as a potent muscle mass and testosterone enhancer. What I ended up with is a negative report, a bruised ego and deflated wallet. Yes, I had fallen for the hype and paid way too much for some zinc and magnesium and vitamin B-6. Read how to avoid the hype but still reap the benefits of zinc and magnesium supplementation.

ZMA is a mixture of Zinc Monomethionine Aspartate and Magnesium Aspartate with some Vitamin B-6 thrown in for good measure. What’s so special about these forms of zinc and magnesium? Not much really. They are merely what is referred to as chelated forms of these minerals which is a fancy way of saying they are bound to amino acids. There are claims that chelated forms of minerals are more absorbable or ultilizable. However there is no evidence to back this up.

I felt like Colombo everytime I picked up the expensive ZMA bottle. “There’s one thing bothering me here.” Why just a shelf over are zinc, magnesium and vitamin B-6 offered separately at pennies on the dollar? Hell, one could splurge on the chelated forms or zinc picolinate and still save big time.

What is the Research for ZMA being an Anabolic?

O.K. here’s where things get really rich my dear reader. ZMA was developed by Victor Conte, the former bass player for Tower of Power and the Herbie Hancock band, no less. His company? Why it was BALCO the very same company that developed an ultra-potent designer steroid known as ‘The Clear’ that was undetectable at the time and ten times more potent than currently available steroids.

Barry Bonds was a satisfied customer.

Who did the initial research on ZMA? Why it was done by the company that trademarked ZMA and in which Conte has a share. He is also the co-author of the study.

Wow, he’s a bass player and a research scientist too!

On perusing the study it seems to have all the appearances of a sound scientific study. There seems to be the proper controls in place and uses a double blind study. The results are impressive with testosterone levels increasing by 25%.

Research done by other scientists with no vested interest in ZMA failed to find any increases in testosterone or muscle mass.

What Then is One to Think about ZMA?

Well, there is no question that zinc and magnesium are important for muscle, hormone and immune health. Heavy exercise can deplete zinc and magnesium levels. However zinc deficiencies are rare since most of our processed foods have zinc added and is readily available from meats.

Getting adequate magnesium is more problematic with our western diet and supplementation may be needed in this case.

Swanson Health Products sell 90 capsules of ZMA or a one month supply for $10.

Make your own ZMA:

And Where is our Illustrious Mr. Conte Now?

Apparently doing fine off the sales of ZMA.

In the investigation into BALCO, it was revealed that Mr Conte gave professional athletes his ‘invisible’ designer steroid in exchange for their promotion of ZMA. The study that started the hype was in a group of NCAA football players. I’ll let the reader draw his own conclusions.