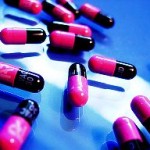 Statins are prescribed to 24 million Americans to reduce cholesterol levels associated with heart disease. However many report side effects severe enough to cause them to discontinue their use. These side effects include severe muscle pain and weakness, fatigue and memory loss.

While these drugs work by blocking cholesterol production in the body they also block the production of a key nutrient in the body. This important nutrient is CoQ10 which plays a vital role in generating the power to fuel all our life processes. Therefore, the statin taker may be interested to know if CoQ10 supplementation would help in preventing their side effects.

CoQ10 and Statin Side Effects

Given that statins interfere with CoQ10 production in the body then it would follow that their side effects can be lessened or prevented by taking CoQ10 supplements with them. In fact some pharmaceutical companies making statins have considered or are considering adding CoQ10 to their statin formulations.

Indeed, the side effects described for statins sound like a failure in energy intensive activities like muscle movement and memory that CoQ10 would be intimately involved in fueling.

However, the idea that CoQ10 supplementation can overcome these side effects is a controversial one in the medical community.

Some studies would suggest that CoQ10 does little to lessen statin side effects and others suggest it is of benefit.

There is a severe condition called rabdomyolysis, which is the actual breakdown of muscle, which is a rarer side effect of statins. This condition is probably more permanent and can not be corrected with CoQ10 supplementation.

The best strategy would be to supplement with CoQ10 as soon as one is put on statins. Some studies would suggest that taking 100mg of CoQ10 1-4 times per day may help in preventing side effects.

Keep in mind that:

The statin taker may also be interested to know his CoQ10 levels. There is a test for CoQ10 blood levels for the concerned consumer.

Get Your CoQ10 Blood Levels Tested