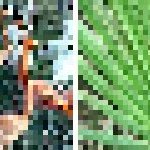 In fact, the study that began the buzz was commissioned by Triarco, the manufacturer of Alphastat. The scientific study was performed at the University of Cameroon and appeared in the Journal of the International Society of Sports Nutrition. This post will dissect both the research and the contents of this formula.

This is a good example of the extreme amount of hype and its viral spread on the Internet for a nutritional supplement. The fact that the all the hype derives from one study that was commissioned by the manufacturer and done at the University of Cameroon should raise some red flags.

However, this is how many pharmaceutical companies operate; performing the research in-house or contracted out to an independent company or university. This is oftentimes the only way to get this type of costly time consuming research done on the safety and efficacy of a drug or nutritional supplement.

The study appears to be scientifically sound, using a sample size of 42 males and the proper blood tests and statistical methods. It also appears in a peer-reviewed scientific journal. This means that at least two independent researchers have reviewed the article and deemed it to be fit for publication.

There is one glaring problem: no controls were used in the study. The control group here would be to give a separate group of men a dummy pill (placebo) with no active ingredients. This is to rule out the placebo effect. Real physiological responses can occur just because one thought they were getting the real deal or some other factors.

Let’s take this a bit further. Research indicates that being on a winning team or rooting for a winning team can raise testosterone or lower it for the losers. This is why I joke that being a Minnesota Vikings fan I should initiate a class-action lawsuit against the team for my severely depleted testosterone levels. So maybe this study was performed during the Cameroon soccer finals in which the team won thereby raising all study participants’ testosterone. A control would flush this spurious result out.

This type of control would also allow for what is known as a double-blind study. In this case no one would know, not the researchers or the subjects, as to who got the dummy pills and who got the real deal until the study was completed. This prevents any bias from entering into the handling of subjects and their results.

Is Astaxanthin an Aromatase Inhibitor?

Since saw palmetto is a proven 5-alpha-reductase inhibitor and not known to influence aromatase then by deduction the astaxanthin should be an aromatase inhibitor.

The research suggests a better name would be AlphaAromatStat.

However to my knowledge, there is no scientific evidence that astaxanthin is an aromatase inhibitor.

I never liked the listing of an herbal-vitamin mix as to so many mg of a patented formula or complex. This obscures things for the consumer and allows the manufacturer to charge outrageous prices. It also obscures the fact that some ingredients in the formula may be in such small quantities as not to matter.

However, the fact that saw palmetto extract is effective in the 200 to 300 mg range I would hazard to guess that most of this complex is saw palmetto.

Astaxanthin is an expensive and potent product and is usually sold in 2 to 4 mg capsules.

This effect would be due to astaxanthin, if it is an aromatase inhibitor, being increased 2.5x  from a 4-to-8 mg range to a 6-to-18 mg range.

It is interesting to note that Nature’s Plus Alphastat also includes 15 mg of zinc monomethionine sulfate which is a known inhibitor of aromatase.

Alphastat for Half the Price

By buying three separate bottles: Saw Palmetto Extract, Astaxanthin and Zinc Picolinate from Swanson Health Products, one can have the benefits of Alphastat for half the price and with known amounts of each ingredient.

This would be another advantage to buying the ingredients separately since the zinc could be held to a safe 15 to 30 mg dose.

i was wondering about this myself, if that would work. just buying the astax and the saw palmetto cheaper than buying the alphastat. Do you know if anyone has tested it themselves? Can you just use the vitamen supplements they sell at the grocery store? They have both of those ingrediets at walmart.

Thanks for the question. I think the jury is still out whether Alphastat itself is even effective in raising testosterone. More controlled studies need to be done. So your question as to whether an independent lab has tried generic versions is an emphatic no. If you are asking if an individual has tested it on himself; well that would require them, at minimum, to have expensive testosterone blood work done, a number of times, to check testosterone levels. This in itself wouldn’t carry much weight since it is a sample size of one but would give that individual some confidence he wasn’t wasting his time and money. As for Walmart supplement products or those in the grocery store, I wouldn’t bother.

Remember also, that zinc monomethionine sulfate is also part of the formula.