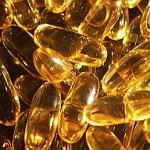 itamin D benefits have recently been touted in the popular press. However, it seems there is an epidemic vitamin D deficiency in the population. This is especially true for the elderly with estimates of 40 to 60% of this population being “D-ficient”. In the younger segment of the population it is postulated that up to 32% have critically low levels. These alarmingly high rates of deficiency are not surprising considering that Vitamin D synthesis in the body requires exposure to the ultraviolet (UV) light of the sun’s rays, few foods in our diet contain adequate levels of this important vitamin, aging skin is not as efficient in absorbing UV light required for its synthesis and obesity impairs its actions in the body. Deficiency in vitamin D is linked to a whole host of health problems: cancer, multiple sclerosis, diabetes, osteoporosis, heart disease, muscle weakness to name a few.

Why is Vitamin D Called the Sunshine Vitamin?

The sun’s ultraviolet rays (UV) are needed for Vitamin D synthesis in the body from cholesterol.

Only 10-20 minutes of natural sunlight exposure of bared head, neck and arms without sunblock can supply substantial amounts of Vitamin D.

Should I Take a Vitamin D Supplement ?

Vitamin D is one of the fat soluble vitamins like vitamin A and therefore there are risks of toxicity. The recommended daily allowances were set at very low levels (400 IU) with this potential for toxicity in mind. Toxicity results in a condition known as hypercalcemia where calcium levels in the body become abnormally elevated. This condition can lead to renal failure.

The latest thinking is that up to 10,000 IU can be taken safely for vitamin D benefits. However, this is not recommended. Some researchers are pushing for the daily requirement in the 1000 to 2000 IU range.

Cod-liver oil has a whopping 1,360 IU per tablespoon, salmon comes in next with 360 IU / 3.5 ounces, mackerel 345 IU / 3.5 ounces and tuna at 200 IU / 3.5 ounces. Fortified diary products aren’t even worth mentioning. However, it would be unwise to consume 3 cans of tuna a day due to mercury level concerns.

So if you don’t like fish and don’t get outdoors I would suggest supplementing for vitamin D benefits.

Furthermore, if you live in the northern part of the country the sun’s intensity is not adequate for vitamin D synthesis from October to April. Supplementing in the winter may be advisable.

What Form of Vitamin D Should I Choose?

Vitamin D comes in two forms as a supplement, vitamin D2 and D3. Vitamin D3 is the natural form produced in the body.

Some research would suggest that the D3 form is more active and less toxic than its D2 brother.

I would strongly suggest only supplementing with the D3 form. Some companies, like Swanson’s, make a high dose (1000 IU) D3 pill and a liquid form of the vitamin.

Since this supplement is fat soluble always take it with a meal containing some fat for vitamin D benefits.